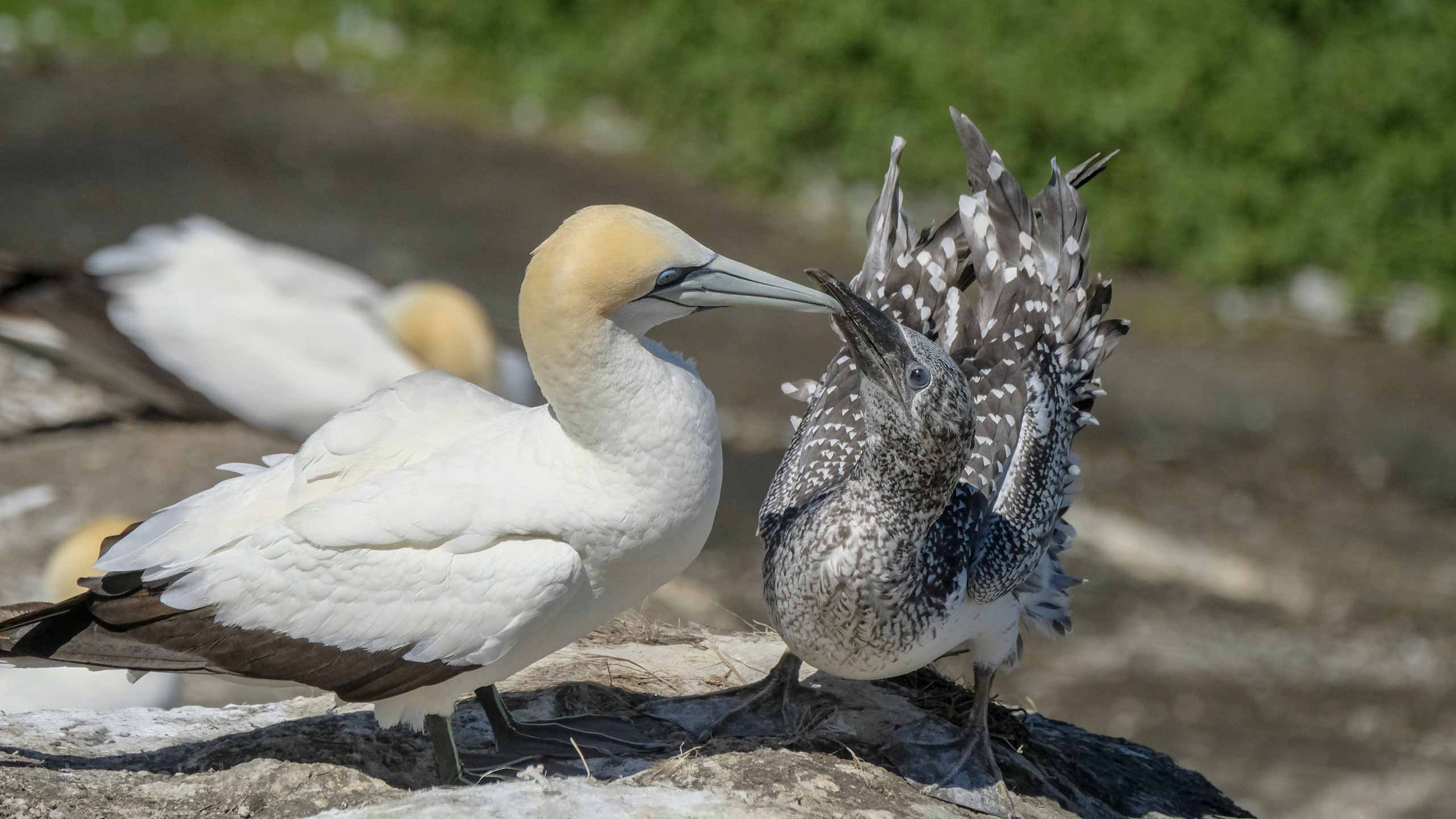 Sea Birds at and around Wallaroo

What we refer to as "Sea Gulls" or the "common Gull", is more correctly known as the Silver Gull (Chroicocephalus novaehollandiae). They can be seen around the foreshore, the Marina, and the jetty. They make a fairly harsh noise, not at all like the sound of gulls we hear in Europe and England. Australian accent? No! It's actually a different bird. The one referred to as a "Sea Gull" over there is  the Herring Gull (Larus argentatus).

All gulls are very graceful fliers, showing an amazing ability to manouvre into tight spaces and hover accurately  over a particular spot despite the gusty winds that are normal aroung the sea coast, and they can land on a chosen spot with virtually no forward movement at all.

They are scavengers, so if they think you may be good for some food scraps, they will hang around you, ever hopeful until all signs of food are gone.

While the Pacific Gull is related to the Common, or Silver Gull, it is much bigger, and you will rarely see it about town. However, as soon as you go out in a boat and anchor to fish, or simply enjoy the scenery, you will attract at least one of these birds who will take up station just astern of your boat, in a position where it can quickly fly forward and scoop up any scraps that you may throw overboard. These are a much bigger bird, with a big yellow beak, the tip of which is blood red. Confusing the issue is the fact that they may be accompanied by similar sized birds that are brown in colour. These are actually the same bird, but in their juvenile plumage, which they maintain for quite some time, They are often locally (and incorrectly) referred to as "mollymawks".  The Pacific Gull shows the same ability as the common gull in their flying skills, as they effortlessly manouvre around obstacles, and land in amazingly small spaces. 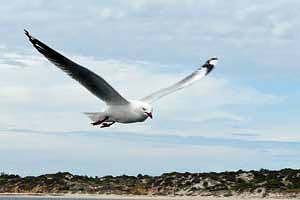 The Common or Silver Gull 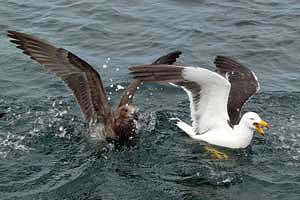 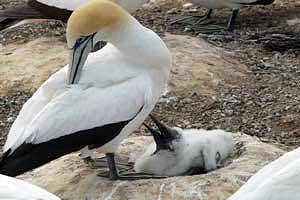 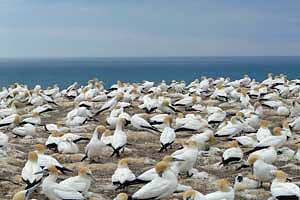 The Copper Cove Marina (known as the Wallaroo Marina) is almost one third the size of the original town. Housing development continues to grow. Situated in a prime location with the Coopers Alehouse, North Beach and shopping nearby.