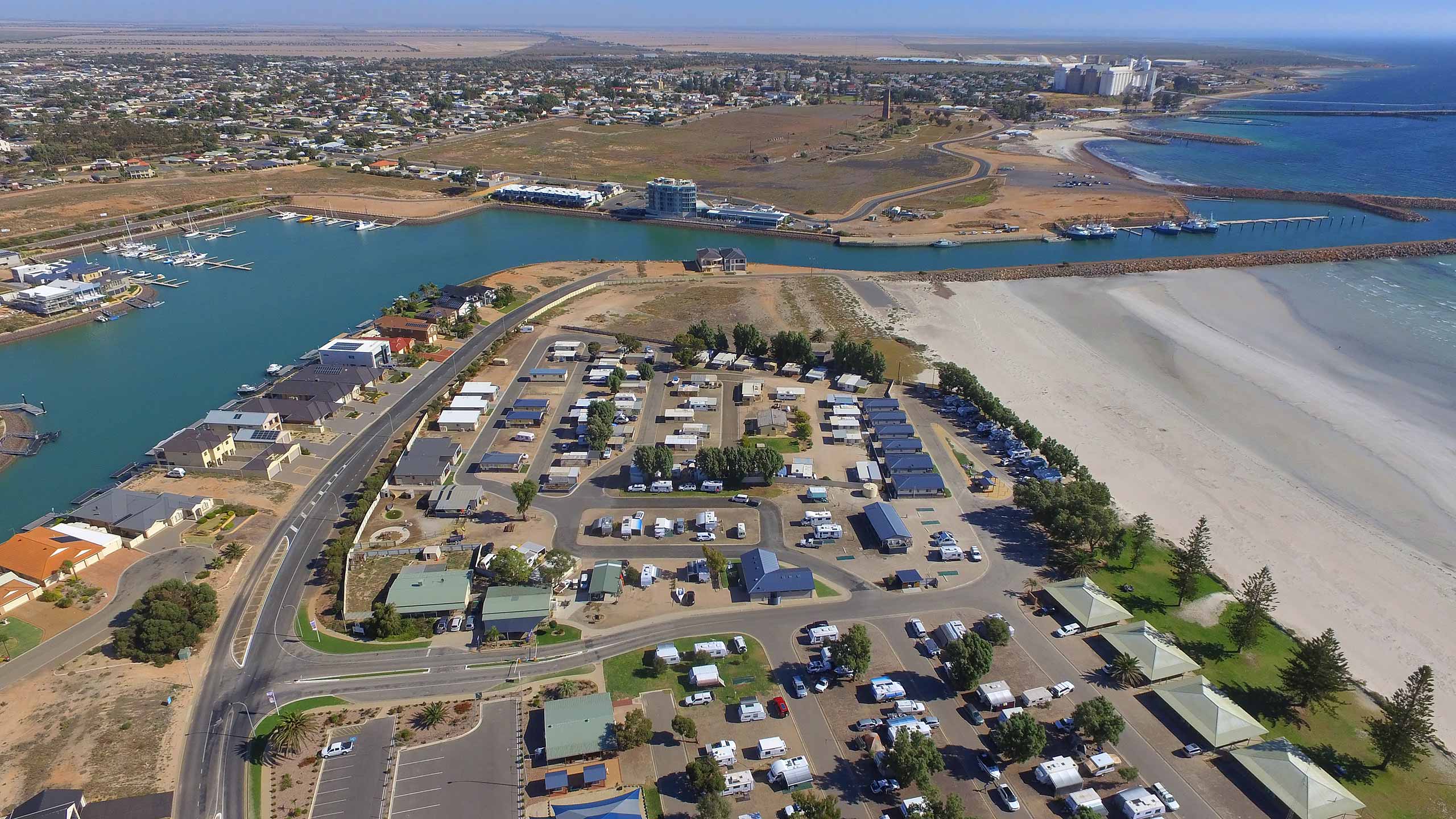 The Copper Cove Marina is almost one third the size of the original town.  A large proportion of the residential blocks have direct water access with their own pontoons. Home building has been enthusiastic since completion and is continuing to grow steadily.

For those without suitable water frontage, or for visiting boats, there are berths in the main marina basin which can be bought outright, or rented by the day, week or month. There are also commercial berths nearer the entrance to  Spencer Gulf.

The Coopers Alehouse Wallaroo on the marina basin serves meals, with fabulous views from the dining areas, over the marina and nearby North Beach. Adjoining the hotel are the Wallaroo Marina Apartments, an ideal place to stay for a holiday or an overnight. Available for holiday rentals are a number of beautiful marina properties, most of which are on the waterways, with their own pontoons. Imagine a holiday where you only have to launch your boat once, and then keep it immediately available, tied to the pontoon at your holiday house until it is time to go home.

Launching and retrieving are at a sheltered four lane launch ramp within the marina, and there is plenty of water depth once launched. You won't be aground after launching at Wallaroo.

Some of the roads within the marina are named after tall ships which carried cargo to and from Wallaroo in the past. Pommern Way and Pamir Ct are named after the respective vessels bearing these names. Both of these were four masted Barques, and although the Pamir  was lost in a hurricane, the  Pommern  still survives as a floating museum in Mariehamn, Finland, after serving her entire operational life without the loss of a single crew member.

Another road in the marina which is named after a sailing ship is Falie Ave. The Falie now resides in Port Adelaide, where attempts to restore it to seaworthiness have failed due to a lack of finance. It is a 46 metre ketch, which first entered South Australian waters in 1923, and served until 1982, when she was retired from commercial service. Falie was commissioned into Royal Naval service during World War 2. When on duty patrolling Sydney Harbour on the night of May 31, 1942, she hit an underwater obstruction where none should have been. It is believed that it was one of three Japanese midget submarines which entered the harbour to attack shipping.

More information about the marina, is available on the Copper Cove Marina website.

What we refer to as "Sea Gulls" or the "common Gull", is more correctly known as the Silver Gull (Chroicocephalus novaehollandiae). They can be seen around the foreshore, the Marina, and the jetty.

Contact us with any questions you have about Wallaroo and what's happening in the community. Fill out the form below and select send message.